John Hoskinson was a world ranking golfer and the former resident pro at the RAC club. His life turned upside down when, after a drink at the 19th hole, he hit and killed a cyclist on his drive home. In the blink of an eye, John had swapped the haven of Surrey golf clubs for the squalor and danger of some of the toughest prisons in the country. 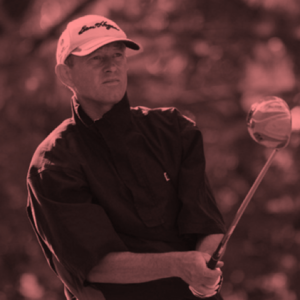 On Monday 25th March 2019, John came and spoke to us about his fall from elite sportsman to a life behind bars, and his journey of redemption and forgiveness. He talked about his golfing career and the extreme highs and lows of his life; providing ample motivation and inspiration. It was a deeply raw, moving and thought-provoking talk from a man who had a captivating story to tell. If you missed the event you can hear what John said.

It came as no surprise to Shed Time regulars that the usual trimmings were on offer; the Argentine BBQ, free beers and some very suspect wine.

To receive email updates of events and to be placed on our mailing list, send an email to info@shedtime.men.

What is Shed Time?

Shed Time is a new, regular forum looking at some of the important issues facing men in the modern world. It’s an opportunity to be challenged, to be inspired and to network with other like-minded men. It’s held at The Dell Centre in Ashtead, England.

What have people said about Shed Time events?